In The Beginning, God created… 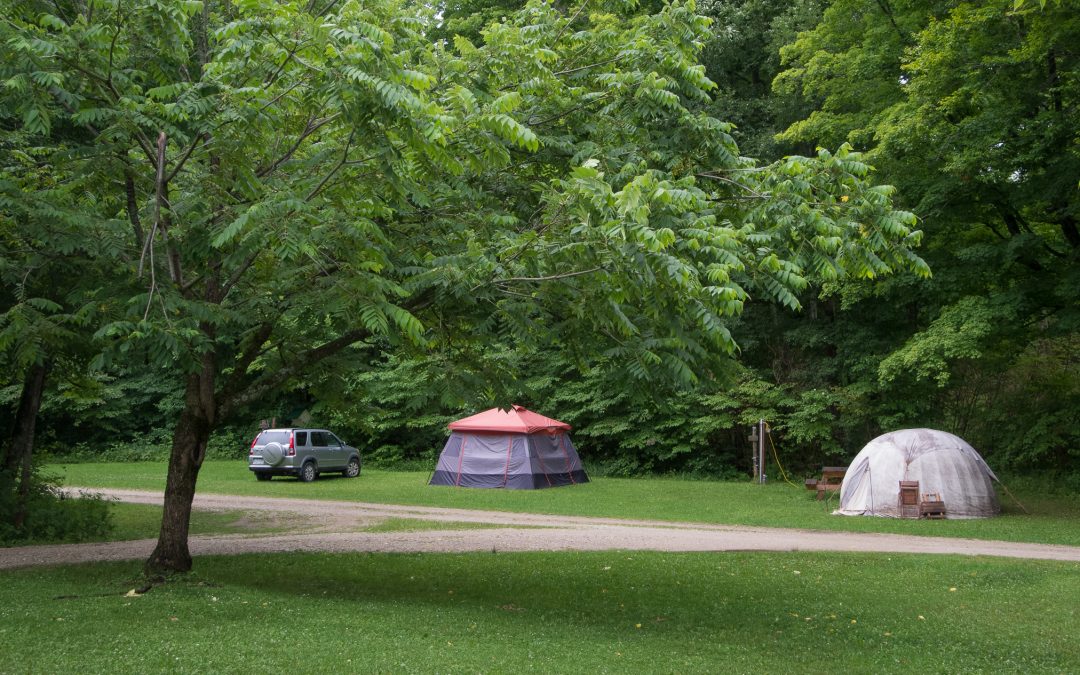 In the earliest years, there were only ‘rumours’ of the possibility of the church purchasing the grounds that would provide a retreat area for those branches within the relatively local area. Then one day, rumours turned to actual truth and the real excitement began – planning and building what is now known as the beautifully picturesque – Ziontario. Once the property was purchased and keys handed over, it was time for the work to begin. The campgrounds began at the location which is now filled with pine trees. With the original entrance being along the fenced and beautifully treed driveway, campers, along with their tents, trailers, sleeping bags, and bug spray, entered. In a flurry of excitement and anticipation, the area along the front of the property began to fill. Men, women, and children came from all over to help build what was envisioned to be their campground, to hold reunions for different districts to camp and share in worship with each other. Of course, lines began to cross, children began to ‘know’ which reunion they wanted to attend, and countless friendships sprouted. No one could have ever envisioned just what that campground would someday become.

The buzz and hum, rumble and roar from a wide variety of equipment began. Outhouses and outdoor showers were built, roads planned and gravel laid. There must have been water supplied from the well that supplied the farm – surely there was some form of running water somewhere…

The barn made for a wonderful hangout for the youth – along with the bats! Yes, fun was enjoyed by all once the bats woke up and came out to play! Alas,nary a hair was lost to a single bat!! All were truly blessed!!

The pond would have been a fun hangout also, except it was the pond of forbidden ‘unsupervised’ partaking  – an opportunity that would have been fraught with the most delightful of adventures  – so, of course, we obeyed and didn’t dare stray from that early campground area……. No hanging out down there…..  Of course, it was due to the risk of someone being foolish enough to get in the water, unsupervised, and drown. Yes, that was it… The barn was safely unsupervised with mounds of hay everywhere. That was definitely the better choice!😉😇 All kidding aside, it was a time of phenomenal bonding, creating friendships that would last a lifetime.

As adults from a variety of locations were working alongside and getting to know each other, new friendships were made. The children on the other hand were, yes, getting to know each other as well, all the while taking in and paying acutely close attention to the late-night antics carried out by their parents. If, after curfew they didn’t learn the lessons of adult social mischief from their own well mannered, upstanding parents, it was from the misfit parents of their friends! Lessons were brilliantly, albeit highly unanticipatedly (yes, that’s a word) taught and diligently mastered, continuing and thus splendidly instilling all of THE most necessary rituals and traditions ever known to church members. All were healthy, fundamental, and supremely indispensable Christian based shenanigans that created the magnificent mosaic of memories carried by those ‘early settler’ children today. Thank heavens for no covid back then! What ever would have happened when campers awoke on any given morning, only to find that, if they wanted toilet paper, they would have to gather what they’d need along the way to the washrooms – from some poor innocent victim of the previous night’s toilet paper raid! Once wrapped around trailers, picnic tables, and the likes, toilet paper just isn’t quite the same after that.

*We are looking for ‘the good ol days’ stories surrounding time spent at Ziontario, and at the moment we’d especially appreciate stories from the very first years spent up at the entrance/farmhouse area. Pictures and stories or even just snippets of memories would be a wonderful and welcome addition.